Today We Remember The Massacre in Tiananmen Square.. (Photos)

On the morning of June 4, 1989, months of student protests were violently quashed by China’s soldiers in the heart of Beijing, leaving a legacy that the world will not soon forget.

In mid-April, 1989, tens of thousands of Chinese students began convening in Tiananmen Square to mourn the passing of Hu Yoabang, former General Secretary of the Communist Party. The students, who demonstrated for more freedom of expression and democratic reform, saw Hu as a representation of change, according to PBS.

Demonstrations spread throughout the country; by June 2 government leaders decided to quell the protests, and troops began approaching the Square and firing on civilians.

When the army entered the Square the next day, troops first warned the remaining protesters to disperse, and they complied. But when individuals tried to re-enter the area later in the morning the army starting firing, according to The New York Times. 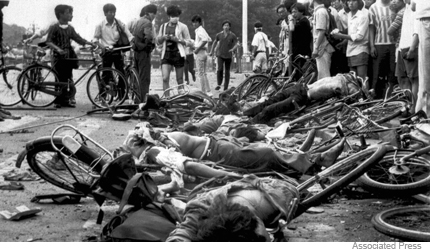 The bodies of dead civilians lie among mangled bicycles near Beijing’s Tienanmen Square in this June 4, 1989 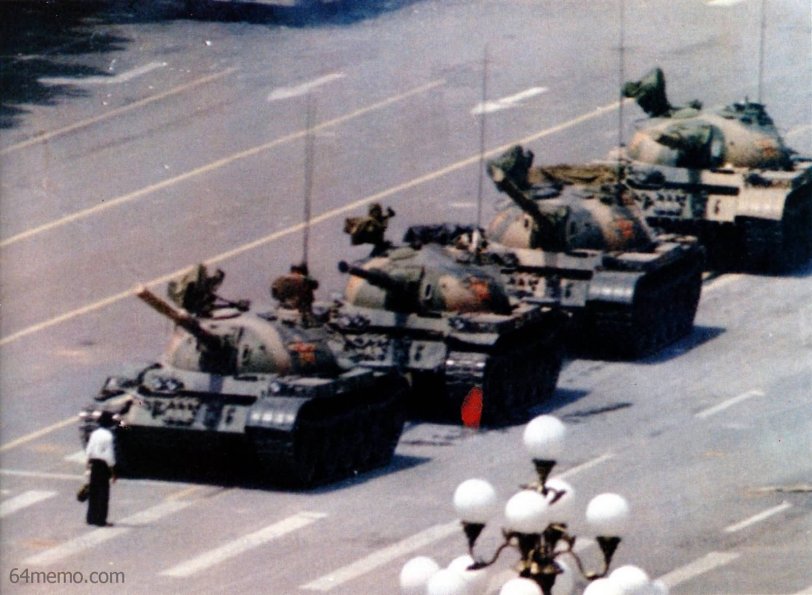 After the Chinese had put down the major protests, a young man blocked the path of moving tanks on June 5. The image of the unknown “tank man” has come to symbolize the opposition, and his fate today is still unknown. Time magazine named him as one of the 100 most influential people of the 20th century. 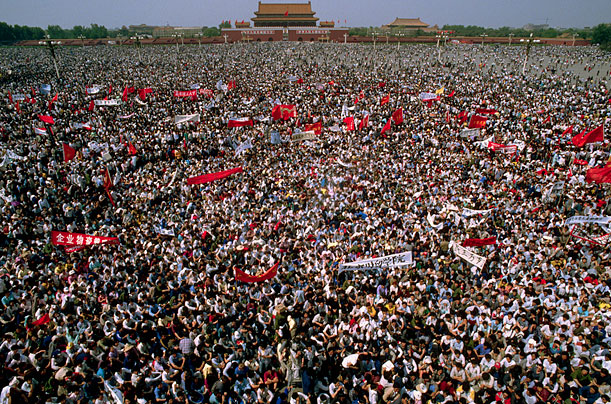 A month before the crackdown, momentum was already gathering as thousands of students swarmed in the square on May 4, 1989 to call for greater freedom of speech and democracy.

Once the protests started the next month, chaos reigned with tens of thousands of soldiers and demonstrators on Beijing’s street. The government, students and soldiers wait for someone to make the next move. 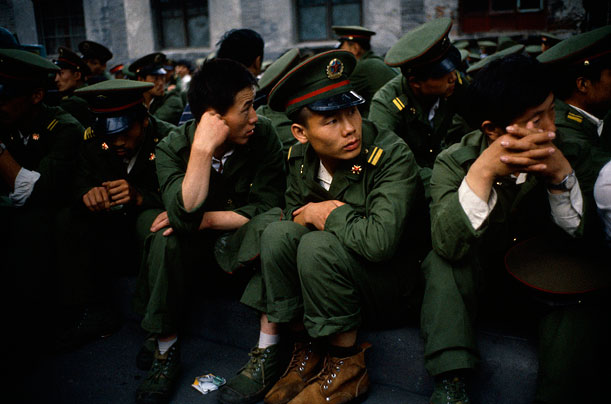 Soldiers await their orders. Many of the troops who entered Beijing were young farmers with little knowledge of city life. 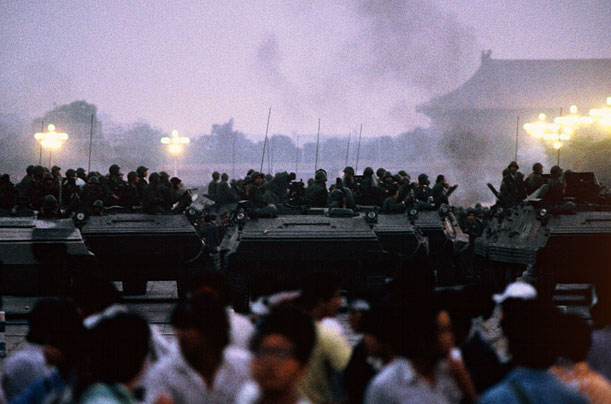 On the night of June 3, the soldiers are ordered to take the square. Tanks roll through the streets. 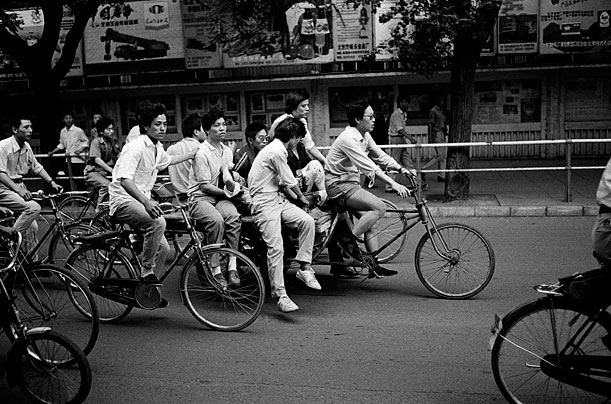 An injured woman is rushed to hospital by bicycle. The conflict escalates overnight, with many dead and wounded. 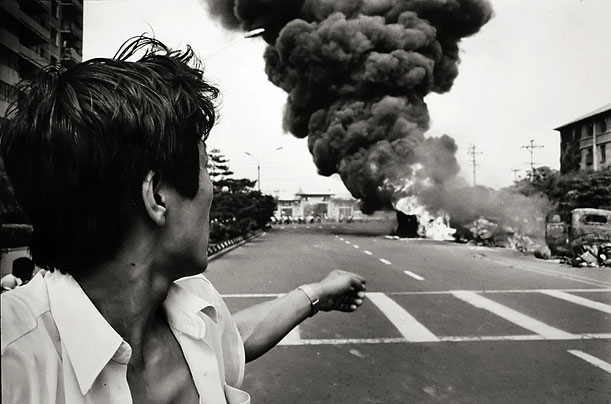 As the soldiers advance, many, including bystanders, are shot and killed. 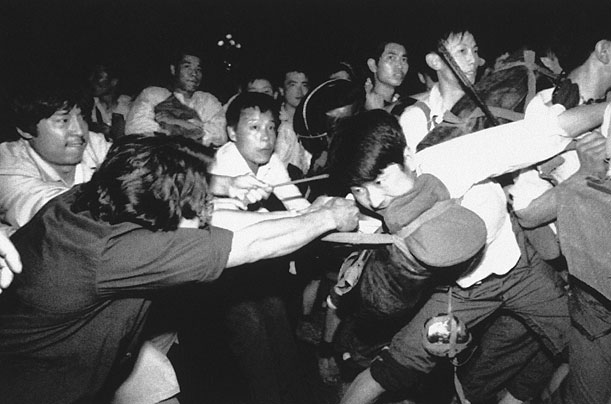 A man pulls a Chinese soldier away from this comrade. Thousands of Beijing citizens took to the streets to block the troops as they made their way to the square. 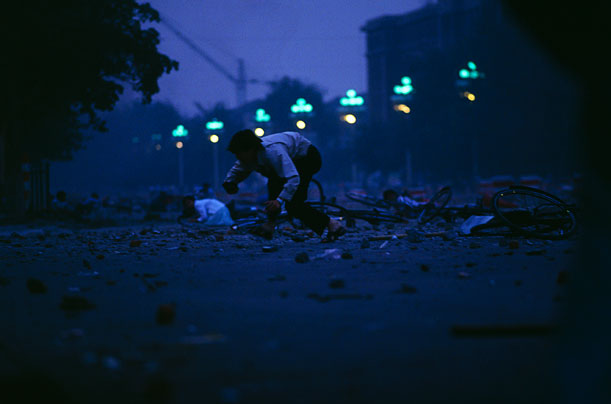 A man sneaks along a street left devastated by the army’s push toward the city center. By the morning of June 4th, Tiananmen Square is surrounded. 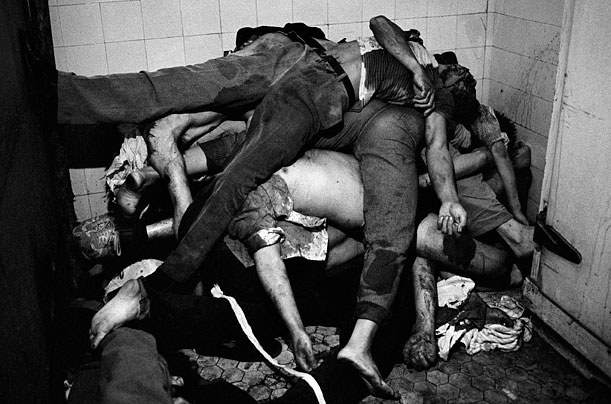 Dead bodies, heaped en masse. The number of people killed in the crackdown is disputed to this day. Estimates vary from several hundred to several thousand. 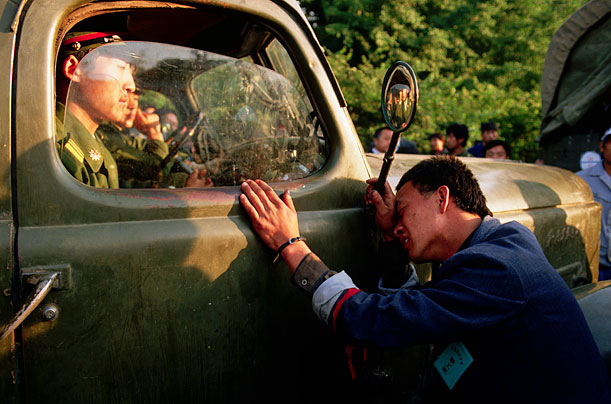 A man begs a soldier not to attack the students. Many in Beijing were outraged to see Chinese soldiers kill fellow Chinese, especially students. 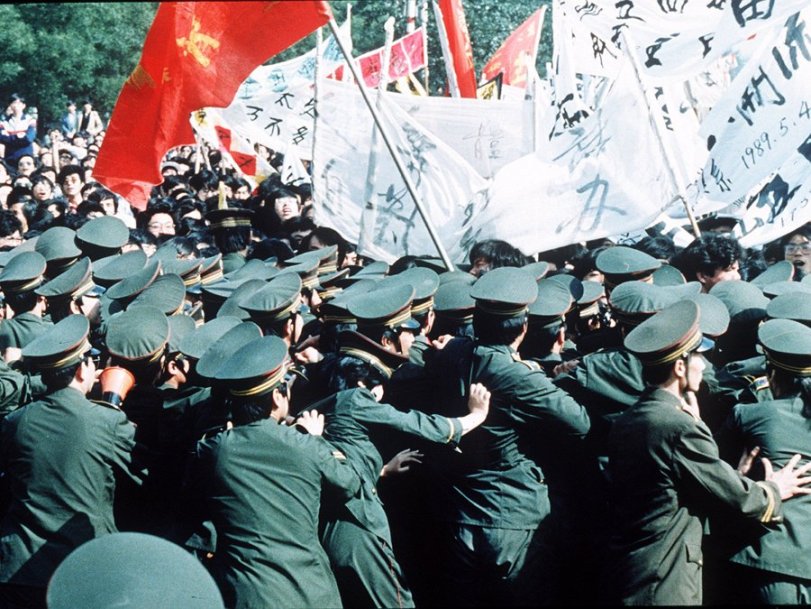 Chinese police try in vain to contain a huge crowd of student marchers during a pro-reform demonstration in Beijing, China, May 4 1989. 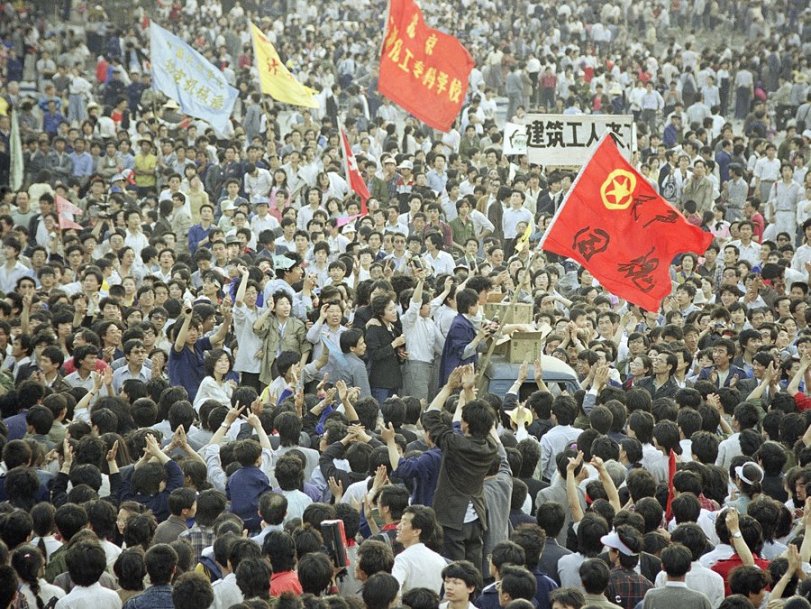 A truck is almost buried in people as it makes its way through the crowd of thousands gathered in Tiananmen Square for a pro-democracy rally, Wednesday, May 17, 1989, Beijing, China. 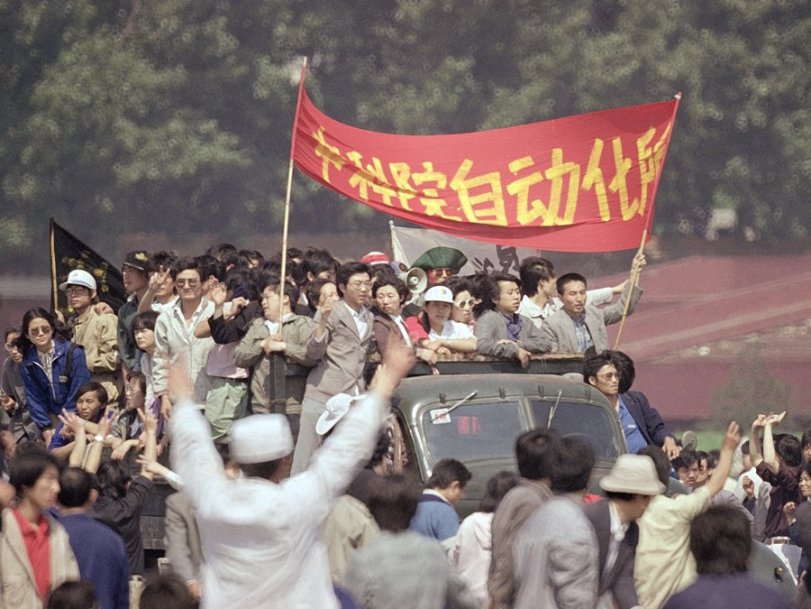 Beijing University students rally in Tiananmen Square where they have camped for a week to push for political reforms, Saturday, May 20, 1989, Beijing, China. The government declared martial law on Saturday in an effort to end the occupation. 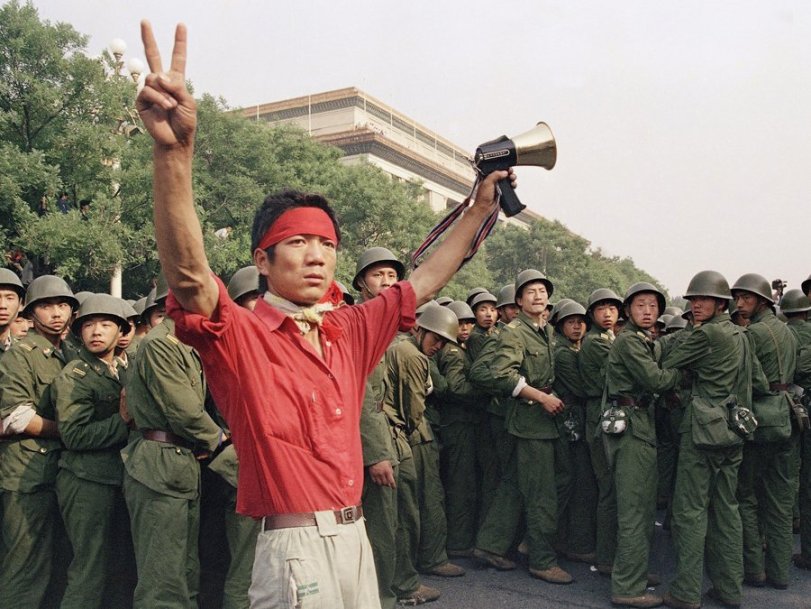 A student pro-democracy protester flashes victory signs to the crowd as People’s Liberation Army troops withdraw on the west side of the Great Hall of the People near Tiananmen Square on Saturday, June 3, 1989 in Beijing.

Tens of thousands of people are arrested after the protests, an unknown number were most likely executed.

Please visit these pages that I used at source:

2 thoughts on “Today We Remember The Massacre in Tiananmen Square.. (Photos)”