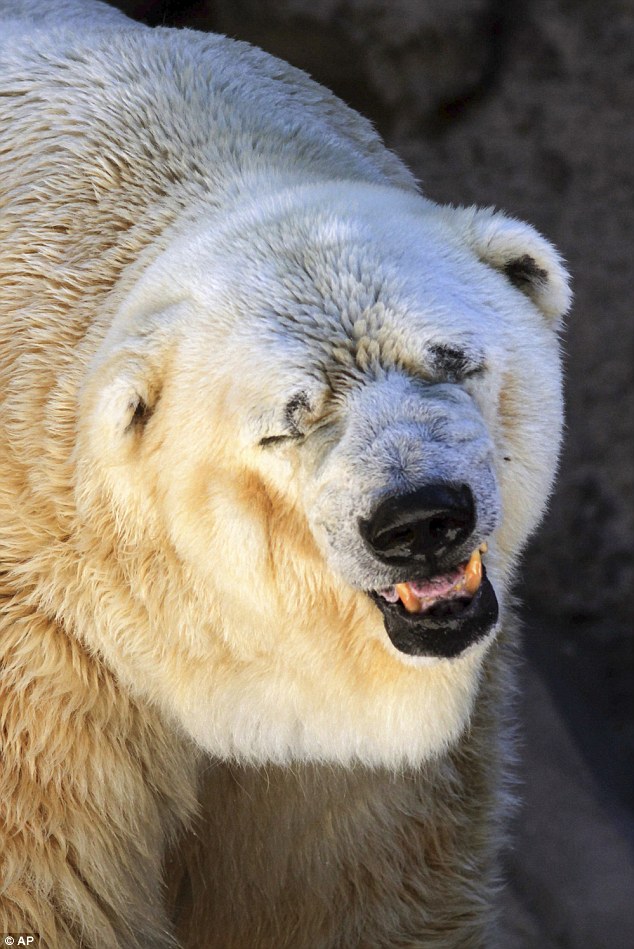 I have written about Arturo before on this blog here. He was a 30-year-old Polar bear who lived all alone in a concrete enclosure after his partner Pelusa died of cancer in 2012. This sent him spiralling into depression and caused a lot o people in the world to try to make his life better in removing him from  Mendoza Zoo in Argentina.

Campaigners wanted him removed to a more suitable Zoo in Canada where he would not just get the right climate or him, but also other Polar bears or company. But the Mendoza Zoo refused, claiming he was too old to be safety removed from there and obviously thought it better for him to be all alone with no quality of life whatsoever.

Visitors to the Zoo and animal experts had reported seeing him pacing up and down, struggle with the high temperature and display signs of stress, tilting his head and showing his teeth while pacing back and forth, and rocking from side to side. But no matter what, the Zoo still said NO for Arturo to leave. or having a chance to live out his last years in Assiniboine Zoo in Winnipeg, where campaigners wanted the bear moved and who have a ten-acre facility that provides as natural an environment as possible for polar bears. There they focus on education and conservation. The polar bears living there has a lot o space to roam and more natural settings and, when temperatures in Winnipeg get too hot for the arctic creatures, the zoo’s bears have access to a deep, rocky pool.

But Gustavo Pronotto, director of Mendoza Zoo said in 2014 that ‘We just want everyone to stop bothering the bear’.

Arturo was nearly 31 years old when he died on Sunday and had lived at the Mendoza zoo since he was eight. Mendoza officials said the bear died from complications of old age..