Continue To Fight For Your Right To Play International Football Tibet

Living in exile and playing for a team unrecognised by Fifa and opposed by the Chinese, means life isn’t always easy for Tibet’s footballers. Even organising matches is difficult. Visas are hard to come by and world football’s governing body rules mean Tibet can only play other unrecognised teams.

The Tibetan National Football Association was only set up in 2001. In that same year the team played its first match, a 4-1 loss to Greenland in Copenhagen.

But as Tibet’s coach Kalsang Dhondup told the BBC’s World Football programme, football is something the estimated 150,000 exiles feel very passionate about. 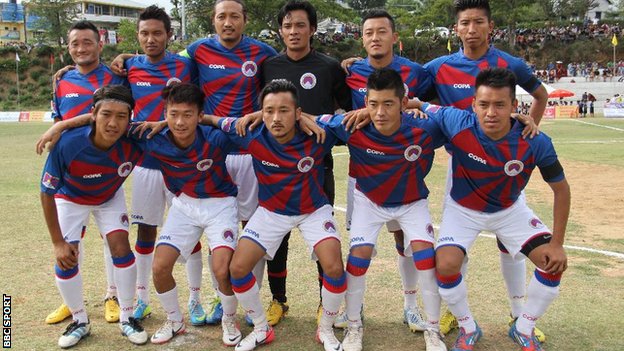 “Football was introduced by the British into Tibet in, I think, 1904,” said Kalsang. “Since then the Tibetans love football and physically the Tibetans are very much suited to football. Football is the most popular game in Tibet.”

For players, such as midfielder Sonam Topgyal, the chance to wear the Tibetan football jersey was a truly special moment.

“Right now I’m doing one job in a juice factory,” Sonam explains. “Since 2000 when I was in school I hear about the national team. Then I make a dream that one day I will represent the Tibet team.

“At that moment when we first stand on the field singing the national anthem, we really feel proud that we have a country and we are representing our country.”

And for players such as Sonam, their ambitions know no bounds.

“One day our Tibet will be free, so I wish I can represent Tibet in international competitions like the Olympics or World Cup,” he concluded.

We are with you all the way and when you finally play on big international arenas I and many more will be there, dressed in Tibetan colours and cheer you on!

Please read the article in full here at BBC Sport