Nepal Promises China To Crack Down On Tibetan Refugees 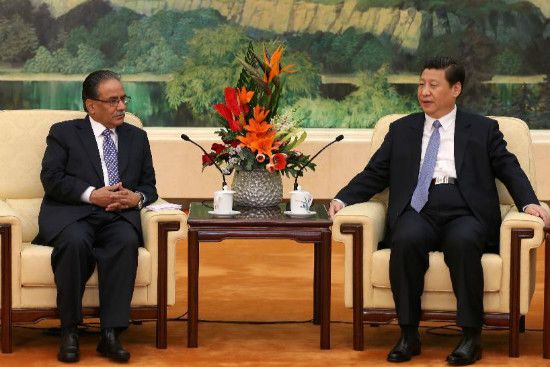 Nepal will stop any anti-Chinese protests, even by “repressing” Tibetan refugees in Kathmandu who continue to ask for a free Tibet. This was the promise by Pushpa Kamal Dahal, chairman of the Maoist party of Nepal (Unified Communist Party of Nepal, UCPN) “, to the Chinese President Xi Jinping during a meeting in Beijing. The two met on April 18, on the sidelines of a one-week visit to China by the Nepalese politician.

The UCPN-Maoist  will support China to stop any anti-Chinese activities in Nepali land. This was commitment by Dahal to new Chinese President”

Nepal has 1,414 kilometres of common border with Tibet and 1990-2006 the parliamentary monarchy, on the advice of India,  allowed the free movement of Tibetan exiles into the country. The Dalai Lama and members of the Tibetan government-in-exile in Dharamsala (India) visited the country several times, which is home to more than 20 thousand refugees. After the abolition of the monarchy in 2006 and the rise to power of communist and Maoist formations Nepal has changed course, abandoning its historic ally India and tying close relations with China. In exchange for economic aid, Beijing has called for the closure of the borders with Tibet and the repression of all anti-Chinese activities.