What Did Tibet Ever Do To You??

WHY can China keep killing, torture and discriminate in a country that do not even belong to them??

Are other people in the world more worth  than the Tibetan people?

Take UN as an example. January 20 they highlight torture in Afghan detention facilities. January 14.  A top United Nations official condemned the “deplorable” human rights situation in the Democratic People’s Republic of Korea. January 11, they are concerned about convictions and sentencing of 14 political activists in Vietnam for subversive activities.

Yet again the question is. Are other people more worth  than the Tibetan people?

What about Amnesty? They write about Egypt, Iran, Saudi Arabia, Cameroon, Syria, Turkey, Sudan, Libya and so on. Tibet is mentioned very short and then not in the correct name or even any depth in what is happening there.

So again we can ask ourselves, are other people more worth that the Tibetans? 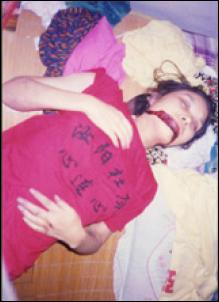 So tell me. What did Tibet ever do to you to deserve this?