It Is Better To Die On Your Feet, Than To Live On Your Knees. 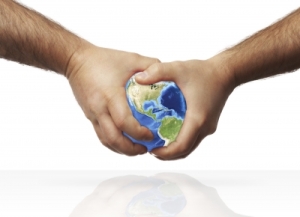 There is something about that sentence that appeals to me, for me it means to never give up, be proud, keep on fighting, don’t bend for anyone. And although it is easy for me to say and live by it there are people in this world that try, but when they do, get punished. May it be by prison, torture or death.

I grew up in a small village in Sweden so it’s fair to say that my upbringing was secure. No wars no people who got taken away at night and tortured for different reasons. People were allowed to believe in different religions and no military or police came knocking on your door to punish you for that. You could celebrate being Swedish without having to die for it. No country tried to take over and force you to change your ways, to deny your heritage. There were no illegal occupation by another country who forced the women to get sterilized so the Swedish people “naturally” would disappear. We never had to flee over the borders to survive and risk getting shot just because we wanted to live.

Life in Sweden still is like this, people are safe, no torture or forced sterilisations (which actually happened before). The Swedish people live in their safe bubble pleasantly sheltered from the big bad world. The TV and newspapers carefully tell the population what happens in other countries and then go back to report about things happening in Sweden, so we don’t get to upset about the reality a lot of people live in. The Swedish government clap themselves on the chests claiming that Sweden is such a rich safe country, great when it comes to healthcare, schools, feminism, gender equality, environment and bending themselves backwards to try to be the world’s conscience. –Do like us and the world will be a better place!

But what about caring for people in other countries? What about standing up to the bigger, more powerful countries? Then Sweden hides behind the trees, red small cottages or the closest snowman. Sadly, that goes for many governments and countries around the world. The country I am talking about that we all need to stand up against is China. The country that coldly torture and kills, that ruins the environment and have no interest in human rights what so ever.

Do YOU know what they are doing to the people in Tibet?

Do YOU know that China illegally occupy Tibet?

Do YOU know that they force Tibetan women to get sterilized?

Do YOU know that UN actually invited China’s minister of Forced sterilisations to speak on women’s rights?!

I sincerely hope you didn’t know that, because if you did and just didn’t care, the world is more scary than I thought… What I do know and hope is that we all get involved in helping Tibet getting their independence back, to stop the slaughter of the people, environment, and culture, to get each individual in Tibet their lives back.